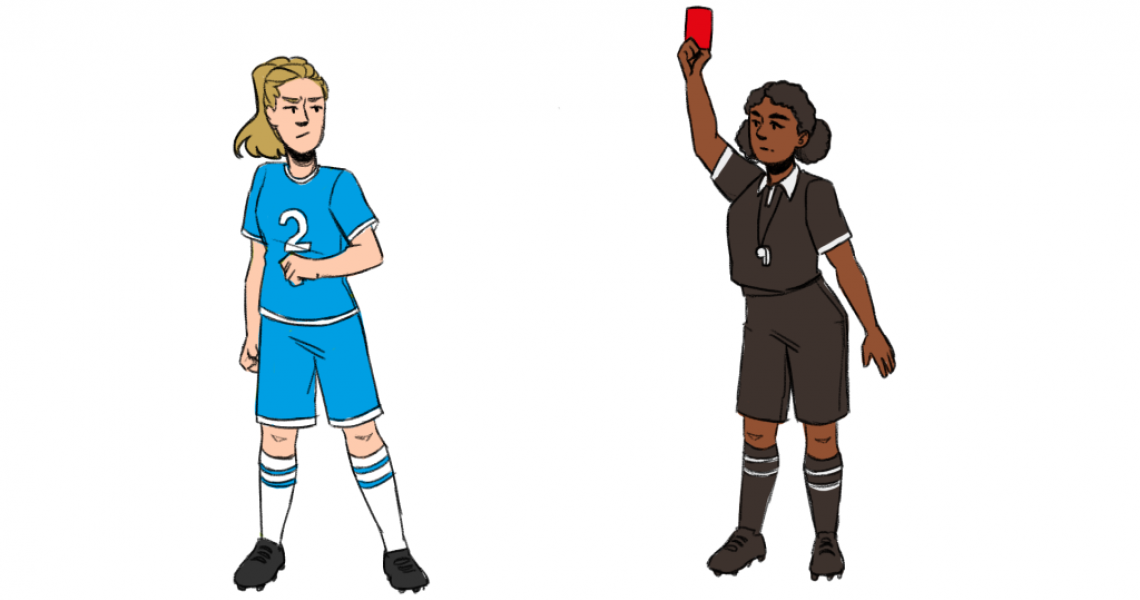 That’s the way to do it…

So each season we roll out the old chestnuts of dissent, foul language and aggression towards referees.  And each season we convince ourselves things will improve.

Well, they haven’t or we would not have the debate.

Referees can solve the aggression by simply applying the laws and not by trying to interpret them to their own ends.  The referee is there solely to apply the laws otherwise why have a referee?

But the other two issues can be addressed and possibly solved.

The dissent ‘sin bin’ is not working.  Great idea but too unwieldy to monitor at grassroots level plus some teams are being ‘clever’ and ensuring they get down to 6 players so the game is called off.  Too much date, too, about what comprises dissent.

Better idea is to award a direct free kick.  That will shake things up.  Then follow rugby and move the game forward 10 metres.  And again. And again. When an innocuous  situation suddenly becomes a possible goal scoring opportunity the referee will not have to take much future action – the other players will soon sort things out.  1-0 down and all for a bit of silly lip?  Doubt it will happen twice in a game.

Couple of simple changes and what will be the outcome?

Certainly there will be a better atmosphere on the pitch.   Players will have to take more responsibility for their own actions and be prepared to challenge teammates who are letting everyone down on things not football related.

Think on this, too.  Less ‘chew’ and fewer comments will means the ball is in play for more of the 90 minutes than is currently the case.  Games will be a better test of skills and stamina.

Odd isn’t it that when players reminisce they talk fondly only of referees who ‘gave them nowt’ and created their own aura and respect.  There’s a moral in there, and it’s…

That’s the way to do it.