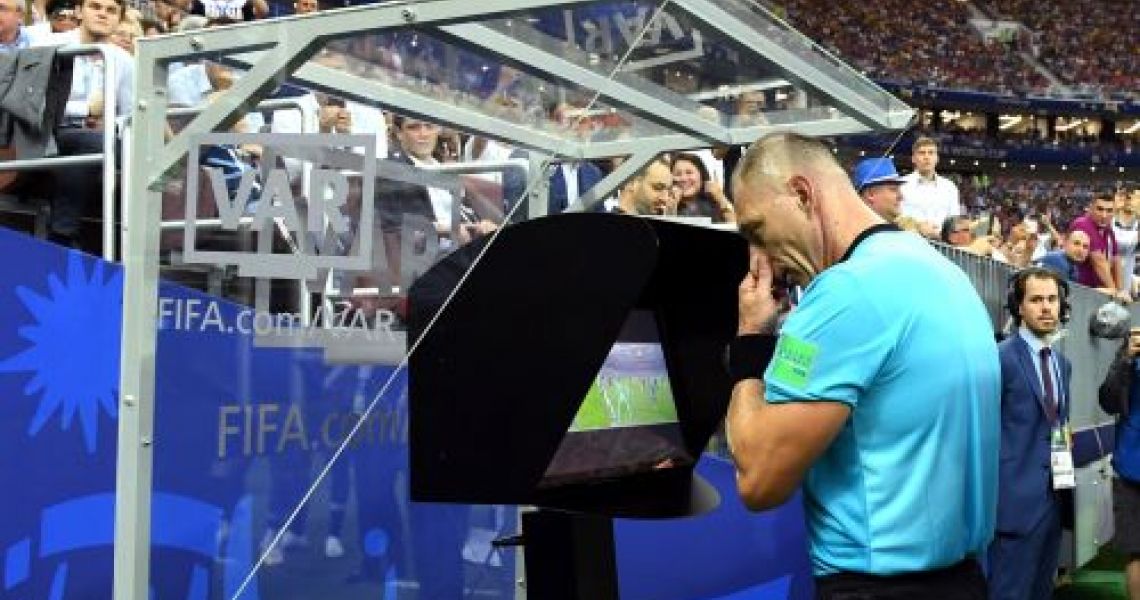 When I set down to write this article and name it “The Future of VAR,” my computer reminded me that I had written another article with same name about two years ago. Two years ago, the VAR system was at best an infant; nowadays it is more of a toddler. So I decided to call this “The Future of VAR, Version 2” and I can assure version 2 will not be the final version. VAR system is here to stay unlike other attempts to changes in officiating like Additional Assistant Referees (AARs) and the Sin Bin.

According to International Football Association Board (IFAB), 25 countries are using the VAR system in their local professional leagues. Some of them are using it in more than one league, like Germany. All major FIFA competitions as well as the UEFA Champions League and Europa League (starting with knockout competitions) are using it.  It will be used in Euro 2020.

There are various criticisms towards the VAR system. The main one being: “It is against the nature of the game, it stops the flow of the game.” EPL is a major believer in this argument and hence through PGMOL asked for the On the Field Reviews (OFR) to be minimized. “Firstly, referees have been told to avoid on-pitch reviews at the pitch-side screen whenever possible”. This is not in accordance with the IFAP protocol even though it says "minimal interference, maximum benefit” and IFAB warned EPL about this. This is not the only issue where EPL and Bundesliga and IFAP’s VAR protocol clashes: Both EPL and Bundesliga decided not to apply the VAR protocol for goalkeeper infringements on penalty kicks, but allow the referees on the field make the decision.  As George Orwell said, “Some animals are equal but are some are more equal than others,” so having all the leagues agreeing on the VAR protocol is not an easy issue especially if these are the EPL and Bundesliga. Even these two examples show us how far we are from the final version of the VAR protocol.

Let us have a look at some numbers regarding on the OFRs and checks.  A year after the first implementations of the VAR system -- before the 2018 World Cup --   a study, by IFAB and KU Leuven, looked at the 972 competitive matches that have used VAR across over 20 national associations since March 2016. This study shows that on the average of one in three games the OFR is done. 69.1 per cent (672 games) had no VAR review, while only 5.5 per cent had more than one review. These early results are in close proximity to the VAR system results in the 2018 Men’s World Cup. This study also shows that VAR-only reviews take a median time of 35 seconds, while on-field reviews take around 68 seconds.

In different competitions, you will have different values for the OFRs and checks per game. One of the reasons is the human factor. The female referees in the 2019 World Cup did not have sufficient experience with the VAR system in their leagues and the VARs used were all men who very rarely refereed women’s games.

Another reason is the application by a league not just to use the VAR for clear and obvious errors but also to “sell” some calls. The Turkish FA at one point started using the VAR system in the Super League to “sell” calls and included some “gray” decisions rather than clear and obvious errors for OFRs. This radically decreased the OFRs per game ratio and delayed the games considerably. IFAB has warned the Turkish FA and they are back to the protocol and their OFR per game values went up.

If you look around the world, you will see that the two best examples of the implementation of the VAR system are the 2018 World Cup and the Champions League.

They are considerably better than the VAR applications in the domestic leagues.  There is good reason for that and that reason is also related to the human capital. Both the Men’s World Cup and the UEFA Champions League utilize the best referees on the planet. Only the best referees from the confederations are invited to the World Cup. For the Champions League, the crew is either selected from the best referees of the country they are registered with -- nearly always FIFA referees -- or sometimes the VARs are from other countries and they are the best of those countries. In the domestic leagues, this might not be always possible. For a league of 20 teams, you would need 10 referees, 20 Assistant Referees (ARs), 10 VARs and 10 AVARs in one weekend. Finding 10 referees, 20 ARs, 10 VARs and 10 AVARs of the same caliber and experience might not always be possible. Some leagues use the same referee as a referee and a VAR in the same weekend to bypass this problem. This was one of the main issues in the implementation of the AARs in national leagues. I believe this is one of the most challenging issues for the successful implementation of the VAR system in local Leagues.

An analysis in BBC showed that among the big five leagues of Europe the best performance is in the Bundesliga (8/10) and the lowest in the Ligue 1 (3/10). The other three are rated at 7/10. I understand this rating is a subjective one, but it still tells us that even at the top five national leagues, there is too much space for improvement.

It is a known fact that FIFA and UEFA do not agree on everything. In the past years, Sepp Blatter (FIFA) was in favor of Goal Line Technology whereas Michel Platini (UEFA) supported the AARs. Recently, Aleksander Ceferin – the UEFA president – harshly criticized some of the decisions of IFAB. He ridiculed the use of technology in determining whether a player is an offside or not by saying, “If you have a long nose, you are in an offside position these days.” Deciding whether a player is in an offside position is an objective decision unlike the other subjective decisions to be made by the VAR like the decision on penalty kicks. Ceferin correctly says, “Also the lines are drawn by the VARs. So it’s a bit subjective drawing of objective criteria.” He adds, “So our proposal will be -- we will discuss this with our referees division -- that it is a tolerance of 10-20 centimeters.”

The VAR system has enough problems with subjective decisions -- like red cards, penalty kicks -- the other sports try to avoid. The decisions like whether a hand and ball contact in a penalty area by a defender constitutes a penalty kick or whether an off the ball challenge of a player is reckless play or using excessive force are not easily made. Until the referees and the VARs -- at least 90% of the time -- speak the same language on what constitutes a “clear and obvious error” we will not have a perfect implementation of the VAR system. The only real recipe for this is time. Although the objective decisions, like whether a ball has completely cleared the line or whether a player is an offside position, look like easier to deal with, Ceferin’s remarks above show otherwise.

The objection to deciding whether a player is an offside position or not using third-party software is not the only objection to “objective” decisions. The LOTG clearly say that “when the ball is kicked, the defending goalkeeper must at least have part of one foot touching, or in line with, the goal line.”  So it should be an easy decision by the VAR whether the goalkeeper’s one foot is one line or not if he/she saves the kick. Stop the frame when the kick is taken and see whether at least one foot is on the line or not. That is what FIFA has done during the Women’s World Cup. As stated above, both EPL and Bundesliga decided not to include this case in the VAR protocol. Also UEFA instructed the VARs only to warn the referees if the movement by the goalkeeper is a clear and obvious error. For two decisions -- offside and movement by goalkeeper -- which should be objective, there are different approaches by different organizations.

As you can see, the VAR protocol is far from being perfect; it will require many new versions. VAR is here to stay. Ceferin clearly says, “I’m not a big fan, but unfortunately, if we say we don’t use it anymore, we are killed.”

My guess is that in the next few years we will see the following changes:

These are my guesses, but what I am certain is that I will write another “The Future of VAR” article in the years to come. Happy holidays …

Ahmet Guvener (ahmet@ahmetguvener.com) is the former Secretary General and the Chief Soccer Officer of Turkish FA. He was also the Head of Refereeing for the Turkish FA. He served as Panel member for the FIFA Panel of Referee Instructors and UEFA Referee Convention. He now lives and works as a soccer consultant in Georgetown, TX.