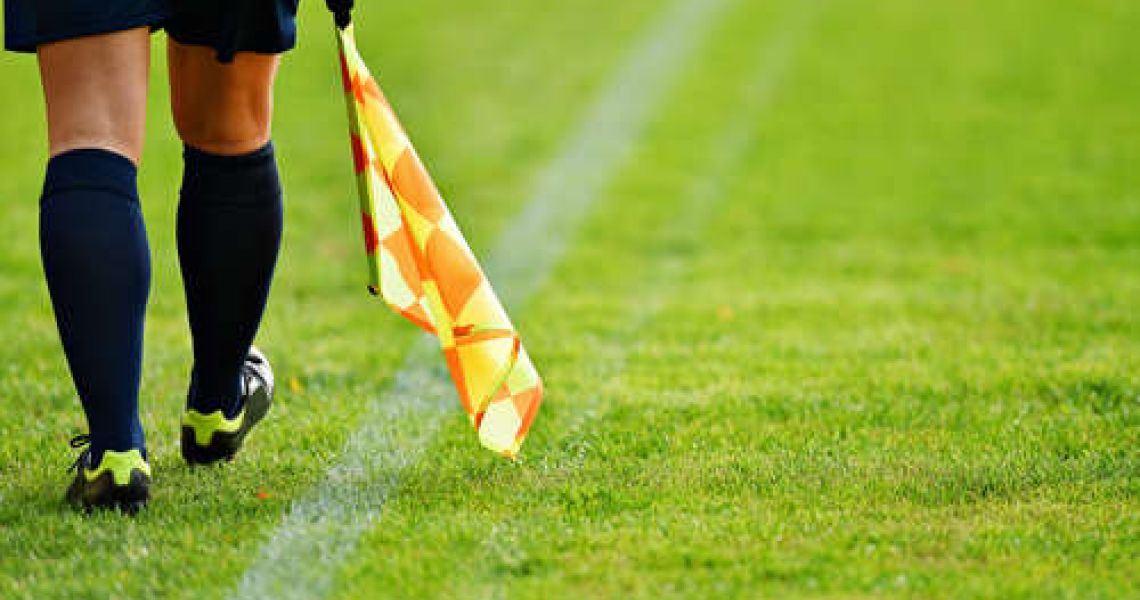 When referees are operating at the upper echelons of the game their involvement is much greater that managing again between two teams.

They in effect become event managers ensuring that the kick off time is adhered to, particularly games in the Premier League where they are transmitted to 204 territories around the world.

To ensure that the game kicks off exactly on time the television company will have a person who you will see come to the side of the pitch to give the thumbs up to the referee to blow his whistle to start the game.

Just imagine the referee kicking off early and one team scores and in Asia they have not finished the opening credits to announce the start of the broadcast.

In an earlier blog I talked about the security meeting that takes place 75 minutes before kick off.

Well here was the protocol which was operating during my time in office.

The pre-match safety and security briefing of match officials by the safety officer and/or police commander takes place before all matches under the auspices of the F.A. Premier League and The Football League or in the F.A. Challenge Cup Competition Proper. This practice has evolved over a number of years following consultations between the Police, match officials, safety officers and the football authorities.  These guidelines set out the recommended procedures to be followed.

It must be emphasised that there is no intention to intrude upon the discharge of duties imposed upon individuals either by statute or the Laws of the Game. The ultimate decision in these matters must always rest with the responsible person and consistency, although generally desirable, should never override the particular demands of the occasion.

Following the publication of the Taylor Report in 1990, it became accepted that the responsibility for matters relating to safety at the stadium rests with the club in the shape of the Safety Officer, although the Police remain responsible for public order issues.  More and more matches are now “police free” particularly, but far from exclusively, in the lower divisions.  In this case, the briefing of match officials will obviously be carried out by the Safety Officer or a deputy and, where Police are present, the Safety Officer will normally take the lead in a joint briefing.  In such situations, the Safety Officer has full authority in relation to such matters as a delay to kick-off time or suspension/abandonment of the match for reasons of public safety or security.

The powers and duties of the Referee are, of course, clearly defined in the Laws of the Game and in junior matches played on public pitches these will often extend to matters fundamental to the staging of the game.  However, in matches at this level, where the event organiser has statutory responsibilities, the Referee’s role is restricted to matters relating to the actual playing of the game.  The Referee should naturally be consulted and be kept appraised on issues having a bearing to kick-off time etc. so that players may be informed accordingly.  He will also submit a full report on any such matter to the relevant football authorities.

3.         The Involvement of Police or Club Safety Management on the Field of Play

In view of the foregoing, the principles relating to the involvement of the Police and/or club safety management in matters on the field of play are as follows:-

(ii)        Whilst the police or stewards should not normally encroach onto the field of play, they will always reserve the right to intervene should circumstances warrant it in the interest of safety or public order.

(iii)       The types of conduct which might lead to the involvement of the police or club safety management include:-

There is unanimous agreement that, given that match officials are aware of the general principles applied in relation to safety and security within the stadia, there remains information specific to a particular stadium or match which needs to be transmitted to them.  However, many referees have indicated that they would prefer to receive as much of this information as possible ahead of the match to allow them to give it the attention it warrants.  On match day, as kick-off approaches, they are inevitably focusing on the game itself and it becomes more difficult to absorb more than a limited number of key points.

It is, therefore, recommended that the transmission of safety and security information be accomplished in two stages – firstly, in written form by post ahead of the match and secondly, at a short match-day briefing.

The information which is sent in advance, possibly with tickets, car park passes etc., may include both details of stadium arrangements which apply for all matches and any matters specific to the particular fixture in question.  The following list does not claim to be exhaustive but follows the general principle that the referee should be in possession of sufficient information to enable the match day briefing to be restricted to updating and the reinforcement of key elements.

(i)      Introduction by the Safety Officer of himself/herself and senior colleagues.

(ii)     Car park arrangements for match officials.  (NB: It is considered undesirable for their parking bays to be marked in any way unless in a completely sterile area).  Details of the availability of an escort back to these vehicles after the match.

(iii)     A plan of the stadium with a general indication of the location of visiting supporters.

(iv)    Details of the club’s strategy in the event of spectator incursions, both individual and multiple, and, in particular, the protection to be afforded to match officials in such situations.  (Most clubs now operate special response teams and their instructions and location within the stadium is of interest to the match officials).

(v)     The standard procedures for preserving the privacy of the match officials in their dressing rooms as well as any escort provided to and from the pitch.

(vi)    Basic information with regard to emergency evacuation procedures and what is required of the referee in such situations.  The method of informing the referee of the need to stop the match.  (Experience has shown that it may be unwise to rely upon the Referee’s or Assistant Referees’ ability to pick up a coded message broadcast on the public address system.)

(vii)    Any information, whether of a general nature or specific to the particular match, which the Police Commander wishes to draw to the attention of the match officials

(viii)   Categorisation of the match.  In the case of a “police free” match, the likely response time in the event of a police presence being required.

(ix)    Confirmation of the location of the Safety Officer and the procedure to be adopted in the event of a delay to kick-off being necessary.  (Whilst the referee would naturally be kept appraised of any developing situation which might lead to a delay, it is accepted that on occasions unanticipated events might occur which preclude a warning.  Ideally, notification of a delay should not be later than 15 minutes prior to kick-off.)

(x)     Any special procedures in relation to players dismissed from the field of play necessitated by the stadium layout.

(xi)    Confirmation of the general division of responsibilities, with particular reference to the control of players and officials (both on the field and on the team benches) resting with the referee, subject to the principles outlined above in Section 3 (i), (ii) and (iii).  As this is likely to be standard across the country it may be deemed unnecessary to quote it match by match unless occasioned by specific circumstances.

(xii)    Location of the seat for reserve/fourth official.

(xiii)   Although some Safety Officers may not regard the arrangements for dealing with injured players as part of their responsibility, this has generally been incorporated into the pre-match briefing and, therefore, details of the position of the stretcher bearers may be included.

(xiv)   Any information relevant to the particular match currently available which might be of interest or benefit to the referee.

This should take place in private but not necessarily in the referee’s room.  There are obvious advantages from utilising the pitch or, in inclement weather, the players’ tunnel to be able to point out the various features of the stadium.

Whether or not the briefing is a joint effort on the part of the Safety Officer and Police Commander or their deputies or is conducted solely by the Safety Officer (or deputy) will vary from ground to ground and match to match.  However, it is recommended that, other than in exceptional circumstances, it should not last more than 2 or 3 minutes and be completed 75 minutes prior to kick-off, covering issues such as the following:-

(i)      An update on the anticipated attendance, including away fans.

(ii)     Any intelligence regarding problems which may impinge upon the progress of the match.

(iii)     Introduction of any key personnel with whom the referee might have dealings, particularly the individual, whether police officer or club representative, who will be responsible for conveying urgent messages to the referee either direct or through one of the assistants.

(iv)    Reinforcement of any issues already covered in writing but which are felt worthy of emphasis.

(v)     Response to any questions from the match officials.

The commencement time for the briefing may, of course, be stipulated by the competition but, in principle, an earlier time, if more convenient, may be fixed in consultation with the referee.  In this case, it is important that the match delegate, if applicable, is also made aware of the new time.

Similarly, should any of the match officials be contemplating a report to The Football Association relating to safety or security matters, this intention should be made known to the Police Commander or Safety Officer or one of their representatives?  The name and function of the person informed should be noted.