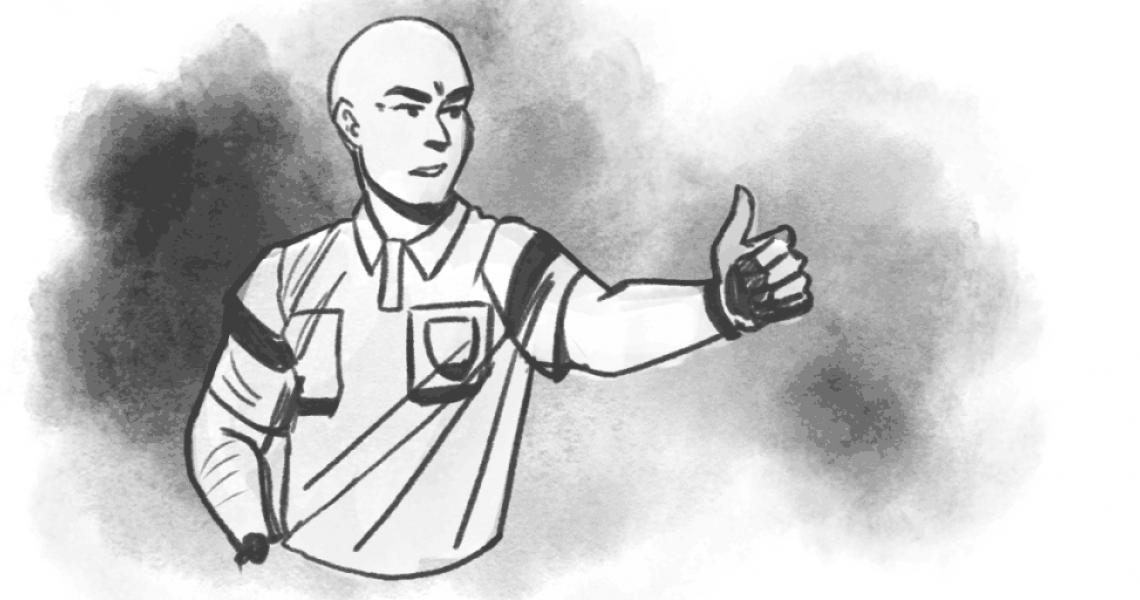 I was asked to officiate at Vincent Kompany’s testimonial tackle4mcr game through Mark Clattenburg, I was originally asked to be 4th official, then with 3 weeks to go Mark Clattenburg pulled out with commitments in China and I was then asked to referee the game. I prepared for the game as I would have done when I was a professional referee. Although I may have added a few pounds to my waistline but I felt in good shape.

I stayed at the hotel the night before the game, the next day I met some of the players at breakfast who I had officiated many times before and not seen in a long while. It was good to see them as we were reminiscing on games gone by. We were also talking about refereeing standards of today and VAR. The ex-players were concerned about the standard of refereeing and the implementation of VAR, they also told me they liked reading my column in the national newspaper.

Once we arrived at the stadium we went into the dressing room where we had to check our kit that had been supplied by Puma, panic set in when we found out we had luminous orange boots, so we had to summon the Puma rep to our dressing room, luckily for us he changed our boots to black which was a relief, because as it was live on Sky we didn’t want the cameras panning on our orange boots, as a referee you do not want to be noticed and wearing those coloured  boots we would have been. The safety officer then came in and we were given our safety briefing with a crowd expected of over 50,000.

At 6.50 we started to get ready for our warm-up also checking our communication kit along with the electronic flags. Once that was all checked and ok’d we went out for our warm-up, some good banter went on between us and the players. After 15 minutes warm-up I had to get myself and all the players back into the dressing room as Sky dictate the time that we enter the field of play for kick-off. We had a delay entering the field of play as Vincent kept his team in the dressing room a little bit longer that he should have done to Skys annoyance lol. Once Vincent’s team emerged from the dressing room we then walked out into the pitch to give Vincent Kompany a guard of honour. After all the speeches we got the game underway. It was a fairly entertaining game with lots of banter between the officials and the players throughout the 90 minutes. As you know the game finished 2-2 which left everybody happy and people saying what a fantastic evening was had by all. It was fantastic that Vincent donated all the proceeds to tackle4mcr. Everyone was happy with the way the game panned out. On entering the official's dressing room we were greeted with pies and pizzas which were duly eaten by all. Then it was off to the after-party in the Mancunian Suite and a good evening was had by all. After the party, the players and officials were bussed back to the hotel.