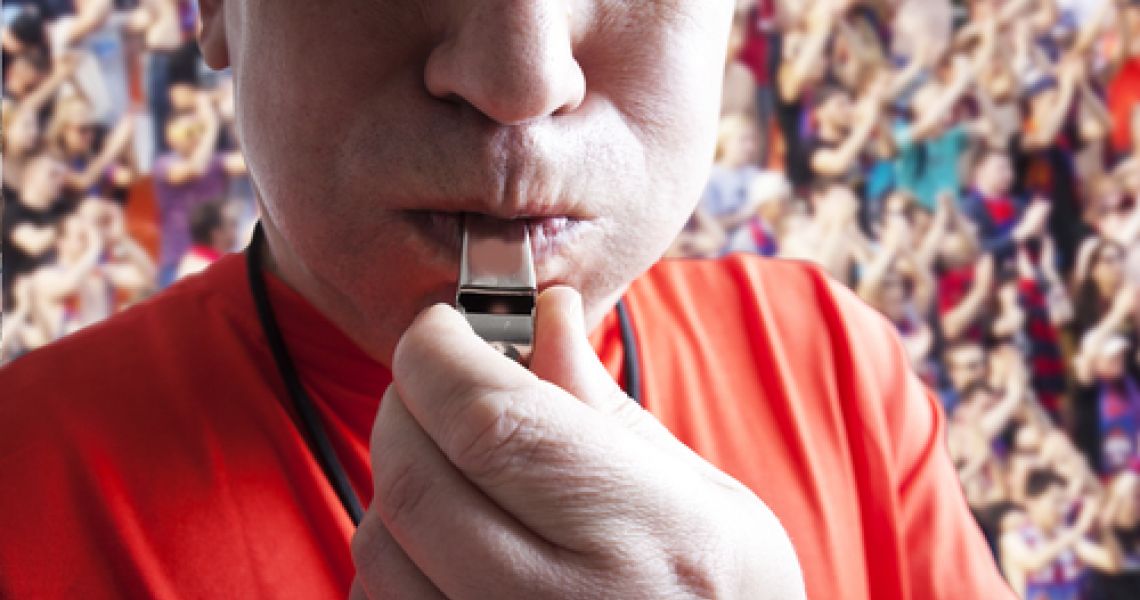 Half a yard, half a yard onward No, not Lord Tennyson commenting on the Charge of the Light Brigade, more likely Earl Hackett of Sheffield on the Charge of the Feign Brigade. So why the half a yard? Football is becoming trickier to referee and nowhere worse than the penalty area.   Players are becoming more aware of how to feign being fouled, indeed some are being coached to do it.  It is the bane of a referee’s game. As a referee you spot it, give the free kick for simulation can caution the player.  For that fleeting moment you are hailed as ‘top class’.  The concern is that half a yard to one side of your position and your line of sight alters…and it’s just so easily a penalty.  That half a yard can simply be down to speed – either too slow in not getting in the best place or even too fast that you’ve moved on. Yes, there is an element of luck in getting those decisions correct. The real worry is when you get it wrong.  Better defenders accept the decision but make the referee aware they have been conned.  There’s a kind of instinct as a referee that tells you they are right but it’s too late to change the decision. Penalty, no card, aggrieved and angry players but that anger not aimed at the referee. The next stage you know will happen but you don’t know when.  The retribution takes place, at best the referee will hear it but will not see it.  The better, often more experienced, players gain their grim revenge and the aftermath is often not a pretty sight.  As a referee you are powerless.  You know what happened but you didn’t see it. Worse, the resentment often becomes grudge and carried into future games involving that player.  Cheats do not realise you cannot carry forward a penalty. And you wonder whether the player still thinks the dive was worth it.  They probably do as none are ever big enough to admit it.  Long gone are the days when Robbie Fowler told Gerald Ashby, a contemporary of Earl Hackett of Sheffield, that David Seaman had not fouled him and he (Fowler) had simply lost his footing. The morality is to remember it is a game and nothing more than that.  It is something to be shared with others and enjoyed by the 23 involved. There is always a place for morality: there is no place for feigners. Thanks